An incredible moment for Charleigh in Year 8, whose flag design was chosen to be paired with researchers and taken all the way to Antarctica, as part of the Antarctica Day celebrations

Antarctica does not have its own official flag, and as part of our Geography Rocks Elective, our school took part in an international initiative to design flags symbolising the continent for Antarctica Day.

On December 1st 1959, 12 nations signed the Antarctic Treaty, a document declaring that Antarctica would be off limits to military activity and setting it aside as a place for peace and scientific discoveries. Since 2010, December 1st has become Antarctica Day and has been celebrated each year to mark this milestone of peace and to inspire future decisions.

All winning entries were sent to The UKPN (UK Polar Network), who selected and paired the flags with researchers and station staff that were heading down to Antarctica for the Austral Summer (November-January).

Charleigh's 'inspirational' flag was one of 122 flags that were sent to Antarctica from 106 schools in 13 countries, including the UK, Poland, Ireland, China, Germany, Cyprus, Singapore, Uganda, the USA, Abu Dhabi and the Netherlands! 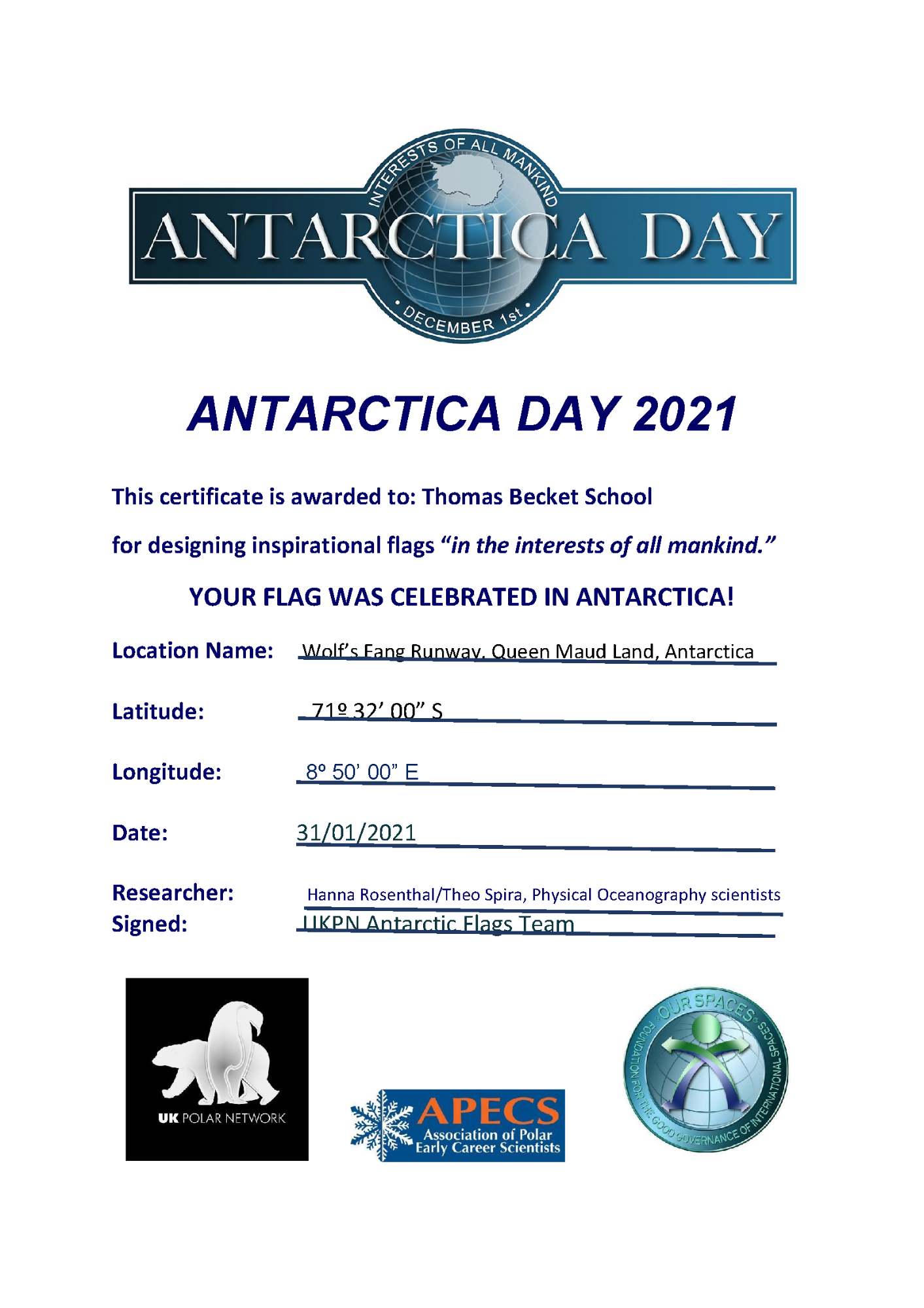